South Carolina’s After Alice is the uncompromising vision of Steven Fennell and Jason Crowden, two seasoned musicians that a wealth of talent and experience between them. Formed in the final stages of 2016, After Alice became the main focus for both musicians after a number of other projects had fallen through, and after years of refining their sound. 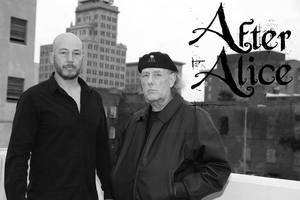