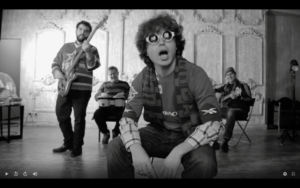 Apache Rose is up-and-coming band from Moscow, Russia, that epitomizes a large part of a new underground rock scene in the country: fresh, energetic and (most importantly) English-speaking on a very fluent level. AR’s music is written and produced by Ilya Novokhatskiy, featuring a rotating cast of supporting musicians. Ilya spent time in the US as a child, where he fell in love with American and British rock music, then with the Seattle scene. 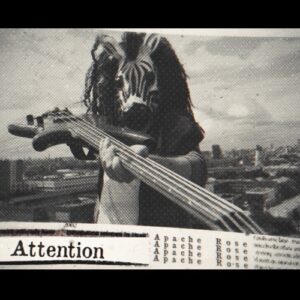 We didn’t mean to write an ironic song, but it really wrote itself. I often come up with phrases and write them down. So when time came to get the lyrics for Attention done I looked into my notebook and all the elements were there scattered across the pages: «Attention, attention seekers», «Grammy for whining/Oscar for bitching» and «Give or take/make no mistake».