Daniela, originally from Spain and now living in the UK, brings the Mediterranean sunshine in her music. With electric party atmospheres in her tracks, she creates tracks that are guaranteed to appeal to pop lovers. Daniela frequently releases her own covers of pop hits on her YouTube channel, showing off both her vocal and instrumental abilities. ‘Routine’ follows the release of her debut single ‘Pieles’ featuring N1k0, and her latest single ‘City Lights’ which landed in June. 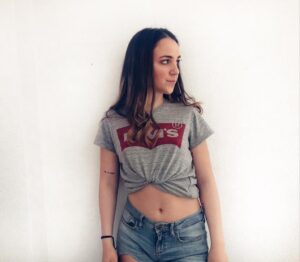 Haunting ethereal synths accompany her emotive vocals. The unusual instrumentation choices combine together to create a unique track. The RnB drums emphasis this aspect of her sound, but with a twist. Daniela aptly portrays the meaning of her lyrics through the music to create a powerful single.