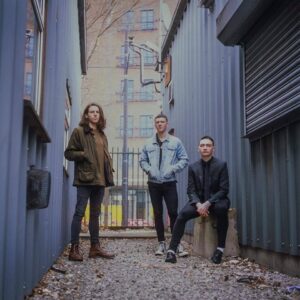 Hollows are a Sean Davies, Dan Dyson, Chris Prichard and Jack Barnes a Manchester based Alternative 4 piece hailing from across the UK. After a tumultuous start, the band are now stirring up a storm and are set to release their second E.P ‘Dour, Yet Charming’ later this year. The new release comes off the back of a successful 2019 tour for the band, with the second single release ‘Apologise’ becoming a fan favourite early on.