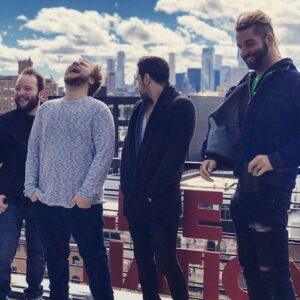 Morningside Lane Established in Fort Lee, New Jersey in 2009 by Marc Del Giudice, Morningside Lane has enjoyed domestic and international recognition with their take on the energetic “Jersey sound”, pioneered by Bruce Springsteen and channelled in bands like The Gaslight Anthem. After self-releasing 4 EPs, Morningside Lane partnered with Super Sick Records for the release of 2015’s Recovery Signs, recorded in Western England. The band’s current lineup formed in April 2019, and, that summer, entered Lakehouse Recording Studios to begin recording their first LP, These Are Our Years.