Shihori is an artist who has truly turned what others saw as her flaws into gifts. Having been born with deafness in her left ear, Asperger’s syndrome and a form of dwarfism, many might have said the odds were stacked against her. But Shihori says this particular combination of differences helped her in creating her extraordinary music. It created what Shihori calls her “half-silent world” and both gave her a unique level of concentration and perfect pitch in her right, or “musical” ear. 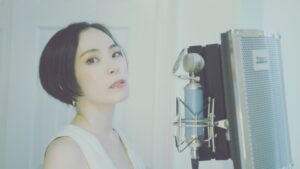