Born in London to American parents and raised in Berkshire, Deva St.John’s sound is a bridge between the soundscapes of British and American pop culture. 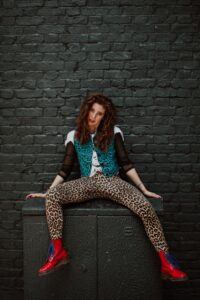 A peerless vocalist and authentic lyricist, her boozy lo-fi alt-rock production and gnarly vocals reveal an artist who channels her sensitivities into songs that peer under the veneer of modern life to express something fundamentally timeless, a yearning dissatisfaction; rock n’ roll in its purest form.

« Matt Long And The Revenant Ones » Cosmopolis