Leaving Manchester’s north-easterly ‘burbs and retreating to Ffestiniog, Wales over a long Winter weekend, Tom and fellow Laces Charlie Jordan (vocals), Luke Dec (guitars), Jacob Simpson (guitar) and Luke O’Reilly (drums/percussion) decamped from their Chadderton rehearsal room to a hikers’ mountainside retreat, and converted the space into a studio with no-one but neighbouring sheep for company. “Isolation helped us push the boundaries of our creativity and ‘You’ came straight from the wonderful Welsh air,” tells Tom of the band’s psychedelic evolution. “It felt like another world – like something out of Lord Of The Rings. When all you’re faced with is a beautiful environment and your instrument, it stretches your imagination; it gives you a strange focus and the ideas flow.” 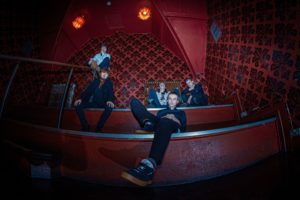 Without pre-meditated ideas or concern, only rolling fields and mountain views before them – with the odd distraction of football, Kurt Cobain biographies, occasional smoking breaks, and turning their recording equipment into a DIY karaoke machine – the band got down to business. “We wanted to lay down as much new material as we could and really express ourselves,” they say. “It came with the pressure of being in that space for a limited time but often that helps us get results.” Experimenting by adding drums and synths to the song’s guitar-led foundations and manipulating its dynamics, ‘You’ sees Dirty Laces vibe off the music they’ve always loved whilst allowing themselves to fall deeper into its sonic rabbit hole. “We’re proud to wear our influences on our sleeves and really just want to make interesting music,” Tom says. “We love melody as well as riffs. We want to explore the whole spectrum of Rock ‘n’ Roll and not be afraid to push its boundaries.” 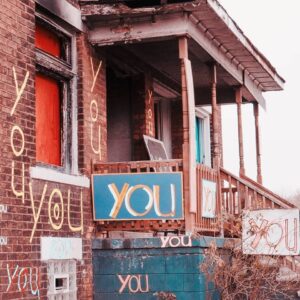 No longer outsiders, Dirty Laces are coming up on the inside and giving their fellow front-runners an unapologetic wink and a knowing glance. Currently on tour around the UK following some of their biggest shows so far including a sold-out headline show at Gorilla, Salford Lads Club, Tim Burgess’ North by Northwich and festivals like Kendal Calling, Sound City and Neighbourhood, taking some time for self-discovery has allowed Dirty Laces to forge their own path and ‘You’ is another satisfying twist for a band continuing to surprise their audiences with every turn.