Kent-based alternative-rock four-piece Dohny Jep began as a duo in early 2019, with Stuart and Pete deciding to create something unlike anything either of them had done before in previous bands and projects. With their unique video concepts and mesh of pop-synth melodies and rock guitars, they did just that.  Fast forward one year and with an additional two members in tow, the group self-released their much celebrated debut album L.U.S.T in July 2020.

After playing just one show together as a band, they had tours planned throughout 2020 to coincide with the release of their debut album  BUT  ….  well  you know?  back  into   their recently-built home studio they  go 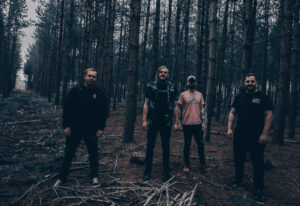