Inego, an Alternative Indie band with Funk and Pop influences, are releasing their debut album on the 1st of October 2020. The Manchester four-piece, who collaborated with legendary producer Gavin Monaghan at Magic Garden Studios in Wolverhampton, will be unleashing Departures through their own label Fight the Power Records. 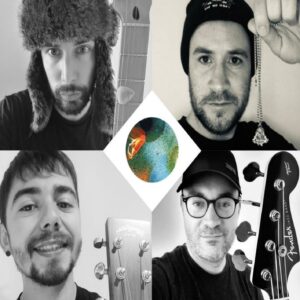 The band’s sound has previously been described as ‘Retro yet modern’, channelling some of the city’s finest musical heritage such as New Order, James and Oasis; blending them with other influences that range from Daft Punk to Fleetwood Mac, Phoenix to Chic, and meeting somewhere in the mid-Atlantic to create their own unique brand of anthemic leftfield indie dance rock with pop and disco-funk sensibilities