Liberty is a 17 year old singer/Songwriter from West London  and is currently inspired by the likes of Jessie J and Adele. Liberty started singing at a very young age and enjoys a wide variety of music including pop and musical theatre where she currently studying her grade 3 with previous exam results both being distinction. 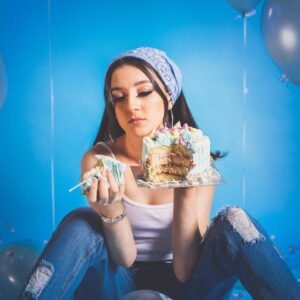 The stage is where Liberty is most comfortable and has had many opportunities to master her talent and performance skills including numerous guest act appearances with PopRevue at Kempton Park Race Course with one of the events being their hugely popular fireworks evening to a 5000 strong crowd and was due to sing on Conor Maynard day but unfortunately the event had to be cancelled. Subsequently due to her growing confidence she was asked to perform at an acoustic event held at the Sanctum Hotel, Soho where guests included the likes John Adeleye (Xfactor 2010) and David Barratt ( The Beatles complete on ukulele ) with which she received amazing feedback