Until February 2018, Nick was the singer and main songwriter of New Street Adventure, who released two albums on the legendary Acid Jazz label: “No Hard Feelings” in 2014 and “Stubborn Sons” in 2017. 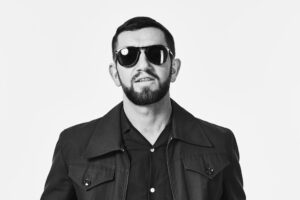 Nick was brought up with soul music constantly playing in the background, thanks to his Father’s love for the genre and obsessive collecting of rare records. An early visit to London’s iconic 100 Club for a Northern Soul all-nighter inspired Nick to pen “The Big A.C”, a tribute to what Nick saw as “the ultimate underground”, and which went on to become NSA’s best-loved song.