Paul Maged was born in Boston, MA and grew up in Framingham and Boston. By the age of ten Paul was writing music and lyrics after his father bought him a tiny Casio Keyboard to learn on. Paul’s father enrolled him in private study at The Boston Conservatory of Music where he took music theory and studied opera  under the tutelage of Donald J. Bravo. Maged moved to NYC fresh from high school and attended The American Musical & Dramatic Academy. From there he began a decade straight of writing and performing stand up and sketch comedy including background appearances on SNL and appearing in several independent films including film festival winner “Bobby G. Can’t Swim”. 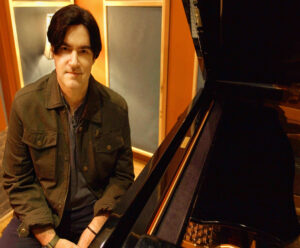