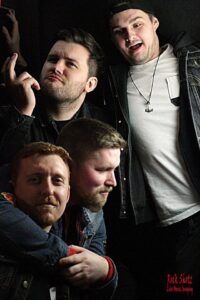 The arrival of Craig Tucker on rhythm guitar in April 2017 added a beefed-up and more established sound, allowing the band to experiment in the structure and writing of songs. A jam packed festival season and dozens of support slots followed.