Formed in 2017, and originally going by the name Halfway Home, the four piece band performed their first gigs in and around the Manchester area in 2018. They changed their name to 10 Volt in early 2019 and continued to write and perform their original rock songs with a large dose of funk (plus a sprinkling of the blues, and some soul influences). In short, a 10 Volt gig is varied and never dull. 10 Volt published their first release, the four track ‘Halfway Home EP’ in June 2019. 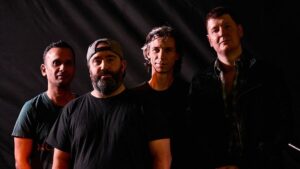