Richard Carlson Band are an art-rock / sludge-pop band based in Manchester who, despite only having been a band for less than a year, have crafted their own unique sound. ​Richard Carlson Band cite a punk influence but exchange blistering tempos for lurching mid-tempo menace. 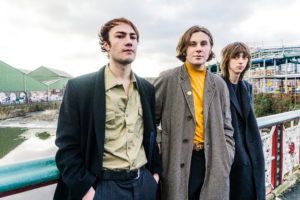 Their first single ​You Can’t Stop (I Can Feel It) will be released on 10th April 2020 via new Sheffield based independent label ​Blank Expression. The single will have an initial limited edition release of 25 lathe cut copies with covers handmade by the band. The single will be available to stream on all platforms alongside a music video. ​You Can’t Stop (I Can Feel It) has a choppy fuzz-bass groove which underlies spoken verses with lyrics that mix absurd and violent imagery. The chorus is a call and response between a gang vocal which plays against the ever present seedy spoken word from the verses.