Sara Ontaneda is an Ecuadorian-American singer-songwriter based in NYC. Her music is often described as Alternative Pop, blending Folk, R&B, and South-American sounds. 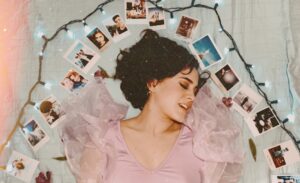 After releasing her first EP, “Marte y Jupiter” in 2015, Sara found opened doors to venues and festivals around the world. These include SXSW, Outside the Box, and South Florida Folk Festival to name a few. In March 2017, Sara released her first studio, full-length album, “Entre Espacios y Colores”, inspired by her multi-cultural upbringing. With songs about acceptance, unity, and love, the LP received many positive reviews and has led the artist to tour within the US and Latin America with notable performances at SXSW, the NAMM Show, and LIFA Music Festival (Mexico City), among others.