Boston’s Hard Rock/Metal band Silent Season formed in the spring of 2008. Despite the changes that have taken place in the hard rock/metal world with favorite venues, radio stations and record stores closing, the band’s name reflects one that captures depth and emotion as their music always conveys a positive message with elements of perseverance, determination and overcoming challenges, not just in the music industry, but in life in general. 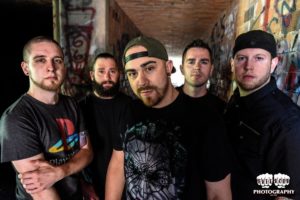