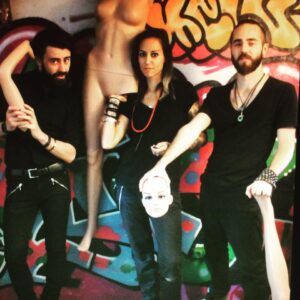 Tarah Who? Well, “she” equals “they,” and “they’re” a power duo masterminded by grunge-punk sage Tarah Carpenter, a firebrand front-woman who channels explosive emotionality into rousing anthems. “I’m really sensitive to things that happen around me, and I love studying psychology and human behavior,” Tarah shares. “When I write, I seek to process personal stories and news stories through these perspectives, but in a way that’s relatable to everyone.” Tarah exudes a spiritual centeredness that is poetically aligned to the origins of her name. The name “Tara” in Buddhist lore refers to the “mother of liberation,” an apt archetypal reference for such a strong and shamanistic female artist. Tarah Who? recalls 1990s alt-rock and grunge’s tradition of balancing integrity with tuneful song-craft. Entries in the Tarah Who? oeuvre sit nicely alongside Alanis Morissette, Foo fighters, The Distillers, Nirvana, Pearl Jam, and Spinerette. Tarah Who? is a in every sense of the phrase, bonded together by telepathic musical interplay and profound interpersonal connections. 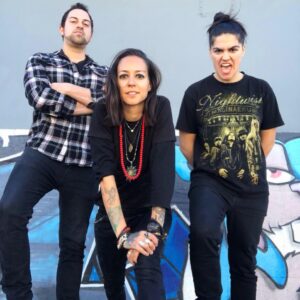 In addition to Tarah, drummer/backing vocalist Coralie Hervé. Previously, Tarah Who? has released two full-lengths, three EPs, and one single of raw punky rock n’ roll. The duo’s output has garnered plaudits and earned feature-story coverage from GIG Radar, Kill The Music, La Grosse Radio, Loud Stuff, Moshville, Music Connection, Muzak, and The Ring Master, among other outlets. It’s a remarkable feat for an unsigned band to make such waves in the biz, but Tarah Who?’s incendiary live shows and snarling sing-alongs are hard to ignore. Even alt-pop goddess Alanis Morissette’s guitarist Jason Orme has given a big stamp approval to the group, co-producing and playing guitar alongside