Ben Wood and The Bad Ideas

“Cora Cora Cora” ​ the new offering by Ben Wood & The Bad Ideas  marks the launching of a 12 month campaign which will see the  London based band release one single per month for 12 months. 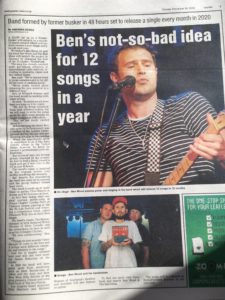 Here the band lean in to the forging of post punk and 60s club with  shimmering keys and bright guitars. Lysergic crooning from the  vocal department gives the song a grand yet playful and eccentric  feel. The active seeking out of a lazy swing and groove is hurried  along by tribal drumming and the urgency of the performances. The track features guest performances from Dave Barbarossa  (Adam & The Ants/ Bow Wow Wow) on drums, Nick Maybury  (Juliette Lewis & The Licks/ Scott Weiland Band) on guitar and prog  pioneer Billy Ritchie (Clouds/ The 123) on keys. 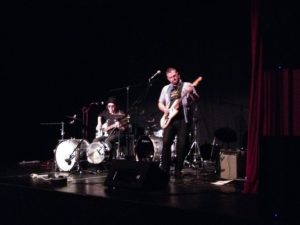 Singer Ben Wood noted:
“We wanted a song which was striking and eccentric but also dark and a  touch sinister. Most of all we wanted it to have its own very pronounced  character.”
“Cora Cora Cora” ​ is a song about dark obsession and unwavering  longing; it is not only Cora’s waking hours that are the treasured  place of belonging;
“I want to be there when you’re reeling in your dreams,   I want to haunt your clothes and dance along the seams.”    “It is a love song concerned with deep desire that fringes on the  malevolent.”