The Battle of winter 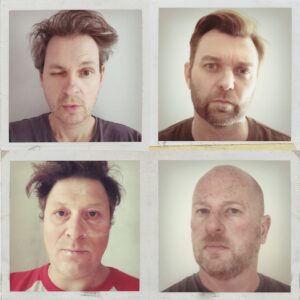 Never prolific (the band’s first demos circulated as far back as 2005), and compounded by a series of personal setbacks, The Battles Of Winter previous two albums 2014’s- ‘Standing At The Floodgates’ and the aforementioned ‘At Once With Tattered Sails’ prioritized craft and methodology over hurried musical output. There is a marked self-assuredness in both works of a band lasersighted in what they are creating, confidently sidestepping the zeitgeist in the pursuit of their art. It’s an uncompromising approach that has won them rave reviews and a loyal fanbase, not to mention coveted festival appearances, British Summer Time (Neil Young / The National edition), support slots with fellow bard-noir Josh T Pearson, and a release with Club AC30.

With the constraints of lockdown and forced restrictions, the band has re-focused creative energies and rewarded us further with new material, all while embracing Spring 2020’s spirit of so-far-yet-sonear afforded by modern technology. And also being welcomed by new label home in the form of London’s Straight Lines Are Fine, a rejuvenated The Battles Of Winter are now primed for a Summer offensive.