The Popravinas From Southern California after 10 years of slugging it out in the bars and halls of Southern California, released their third album, Willy Nilly (2019, Zesty Smile Records).
New tricks aren’t necessary for these older dogs who continue to produce twangy, power-pop perfection with nine new offerings drawing welcomed comparisons and nods to The Replacements and early Wilco with a flourish of The Beach Boys to hold this complete package in a SoCal shrink-wrap almost as tight as the plentiful guitar hooks and vocal melodies contained within. 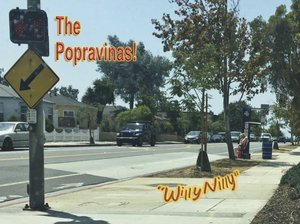