Wolforna are a four-piece rock band from West Yorkshire, UK, that formed in January 2019. Initially a three-piece acoustic band, Jack, Adam, and Alex had played music together since the age of 15, and after being in various cover bands, decided they wanted to start writing music of their own. As of June 2020, with a change in direction in sights, Oli Barraclough joined on drums making a four piece rock band. 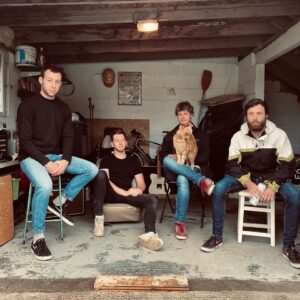 The music they create is a contrast of rock ‘n’ roll style rhythm with strong lead undertones, combining to make the individual sound they have today. Wolforna draw influences from artists such as; Fleetwood Mac , The Beatles , The Black Keys and The Strokes. Following the release of their debut single The Fleet Wolforna are continuing to write and produce music – Whilst also playing some exciting stages and gigs along the way

« Tribes of Europe and Barbara Stretch » The Slow Cooked Bears