Black Tree Vultures formed in 2017 and are made up of four extremely close friends. For the last four years the band have worked hard to maintain an energetic live show not to be missed. With appearances for over 150+ shows in several different countries, they exploded on to the scene with a debut 5 track EP and began making name in the underground scene. Saying that, they have come a long way since that first show in their hometown.

Providing a live show that leaves audiences wanting more, Black Tree Vultures want people to feel energetic, positive and motivated when they close a live performance and they also want that to continue well after the show has finished. The future certainly looks bright for BTV. 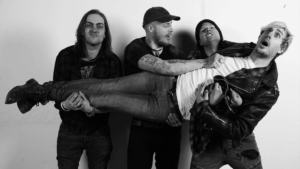