Chris Steven is a Canadian indie musician that has released several solo recordings over the last 15 years. Chris Steven resides in Central Ontario, and has performed 1000s of live shows as a working musician for over 25 years across Canada, playing in Original, Cover and various Tribute Acts (Hells Bells). 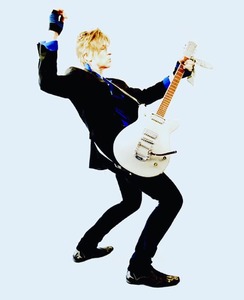 Chris Steven also formed 2 bands around 2010 to bring the music to the stage, The Chris Steven Band, as well as The Defendants – both bands putting out songs written by Chris Steven, recorded at Canadian Legendary Phase One Studios in Markham. The Defendants EP is titled “All Rise”(2015) and features 5 very strong well produced high energy Rock songs.

To date, Chris Steven has been writing and recording new material, along with Canadian studio presence Michael Jack (Rush, Big Sugar, The Trews, Nelly Furtado) bringing both the producing and mixing elements to the music.  ‘Hell To Pay’ is the 1st of several single tracks to be released by Chris Steven in the up and coming months. Chris Steven’s music can be proudly purchased on I-Tunes, CDBaby, Amazon, and more.