Brooklyn-based Psychedelic Punk Rock Lord Sonny The Unifier is lead by Gregory Jiritano. Jiritano began playing guitar at age 8, formed his first band band at age 12, and began playing in NYC bars at age 16. After the loss of his recording studio a fire in 2015, he had to throw in the towel – and his unfinished album – or regroup. He regrouped. Jiritano conspired with good friend Carmine Covelli to play drums, soon met Tyler Wood, a keyboard-wizard-freak and sound guru, Tyler swore by his good friend Derek Nievergelt on Bass, and thus Lord Sonny the Unifier was formed…and album completed. 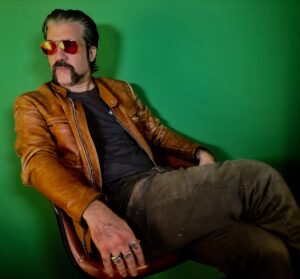 (All My Friends Live) Underground is a song about iconoclasts and outsiders who find their group of freaks, or Tribe in the shadows and underbelly, outside the conventions of society. It’s a calling to join us and leave behind what society has embraced as the norms and the acceptable, the well-trod path above. Leave the trivialities being thrust upon us since birth and join our Tribe and rediscover there the truths that will enrich you and not those who suck your energy in order to enrich themselves.