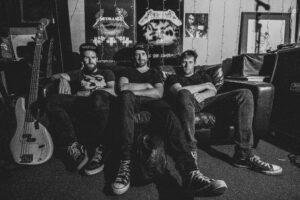 In the short time they have been together they have toured across New Zealand and gained airplay on several major radio stations. Now looking to expand their horizons further, the 3 piece are set to tour Eastern Europe for the first time in support of their recently completed album ‘The Void’ which was released on March 27 2020.