Mercury Rising was formed in 2012 by four friends ready to take their next step in music and create something truly unique. In it’s early inception, the band was a total melting pot of styles, but this quickly became narrowed down to what you hear today; Full throttle, technical and hook-laden Rock with appreciative nods to metal, funk and prog. In 2020, Mercury Rising are stronger than ever and with a whole host of songs ready to take to the studio and release to the world and a solemn vow to bring unadulterated joy to every stage, the sky’s the limit! 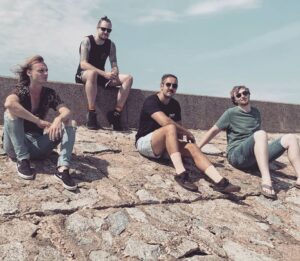 The past few years have seen Mercury Rising play a whole host of shows at venues including The Underworld, Big Red, Nambucca, Hope & Ruin and many more as well as embarking on two UK tours. They have become well known in London and surrounding areas for their prowess as a live band, be it as a headline act or supporting bigger bands.