Power fronted rock band Novustory create stadium worth rock bangers from a glorified shed in Manchester. Endorsed by Read Audio, Amedia Cymbals, LowLifeLeague Clothing, Vocalzone anddR Drums UK, Novustory have received wide acclaim from Virgin Radio and fashion magazine GLAMOUR, resulting in being asked to record sessions for both. They’ve taken themselves on 3European tours over the past 3 years, gigging in Amsterdam, Belgium, Italy and France, and have camped and busked their way through each country. 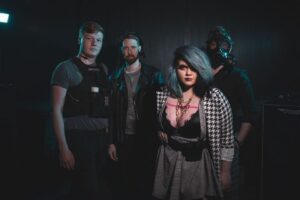