Retrobox is an independent rock band from Brazil, formed in December 2017. The band’s influences are the classic rock and 80s bands like Beatles , Rolling Stones, The Cure, Dire Straits and the brazilans of Legião Urbana, Paralamas do Sucesso and Engenheiros do Hawaii. They have 2 singles released, “Esse tal de rock and roll”, and “You know how”. Retrobox has been present in the local rock scene of its hometown, SÂo Gabriel, RS, Brazil. The band has been playing in many charity events and bars . The band plans to release a single per month during 2020, in Portuguese and in English. 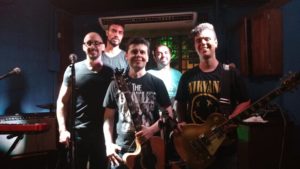