The band was formed in 2004 as a tribute band, Ozzy Osbourne, Black Sabbath and Judas priest. After a period of one year decide to compose their song following a Classic Heavy Metal style with modern sound and melody, this is a typical The Wild Child style.

The first album called ” in The Next Life” was released in 2007 and this is self-producet. After 5 year coming out a new album called “The Wild Child”. 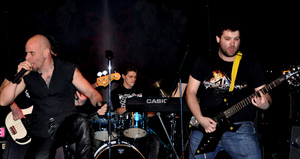